Ranked 7th for funding per pupil from Welsh Government for schools budgets, compared to 5th the previous year.

How has this changed over time? How does Denbighshire compare to other local authorities? 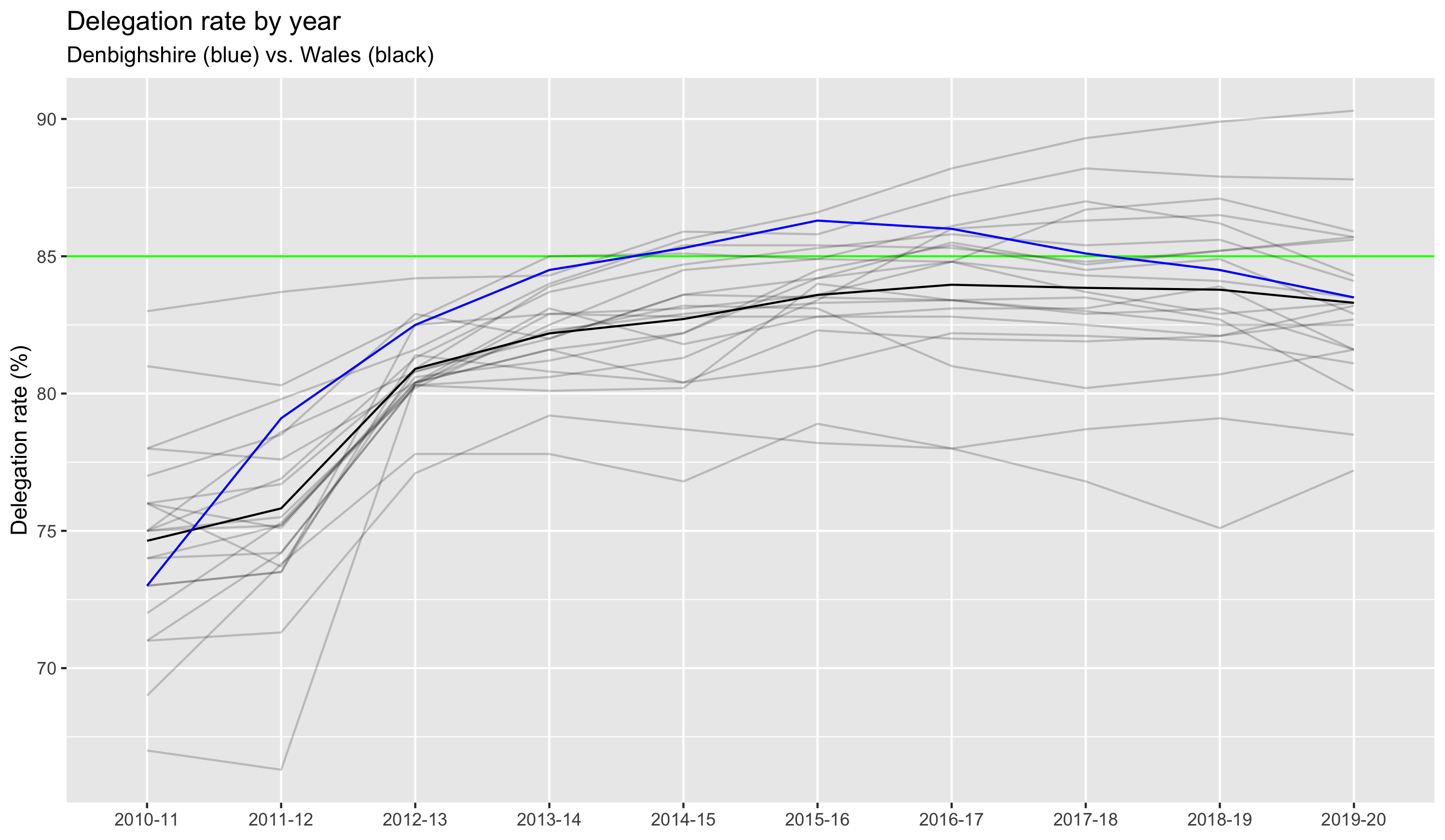 Per pupil funding of schools in Denbighshire

Ranks 1st in 2019–20 for average delegated school budget per pupil for all school types. 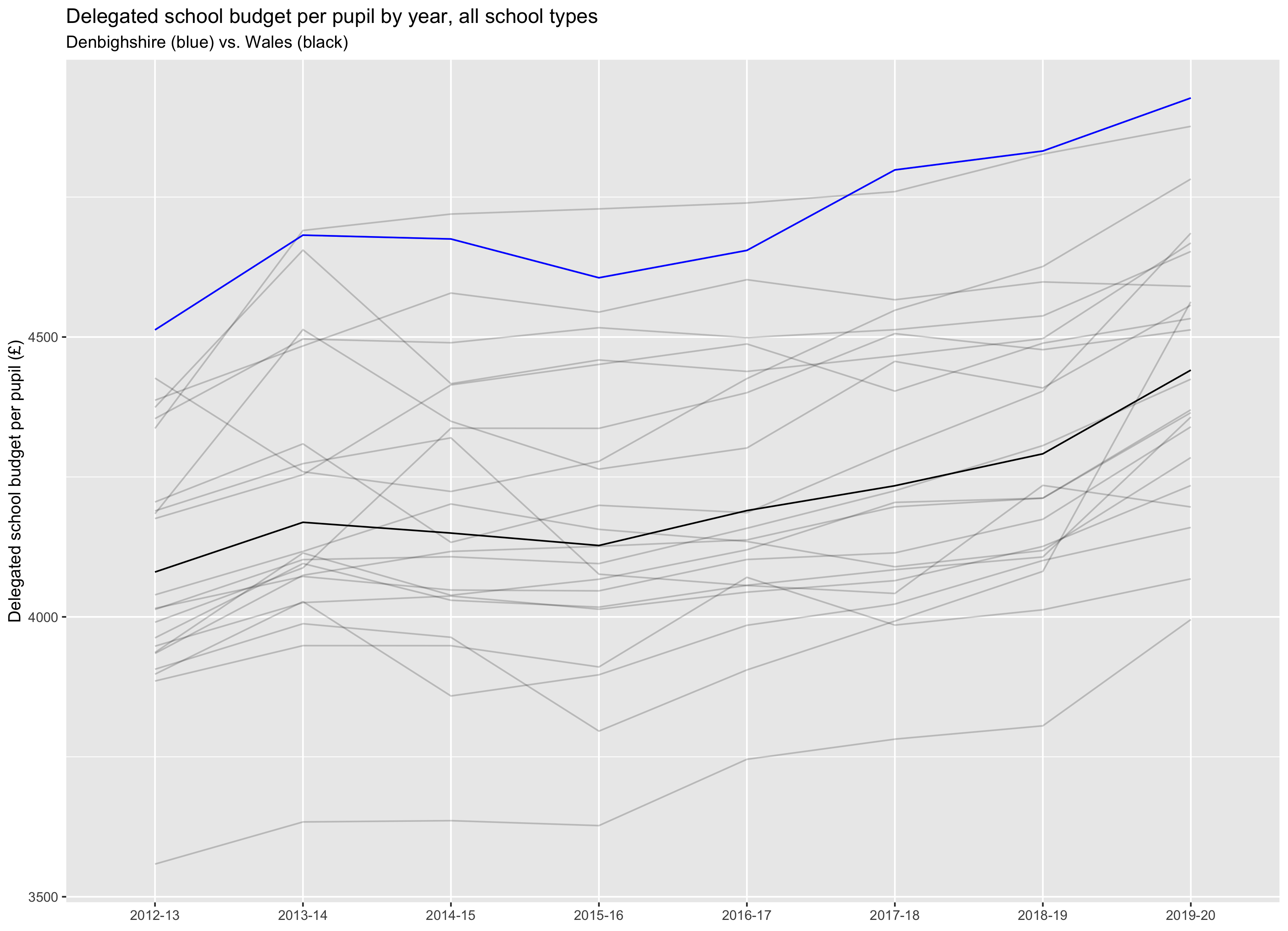 Ranks 3rd in 2019–20 for average delegated school budget per pupil for primary schools. 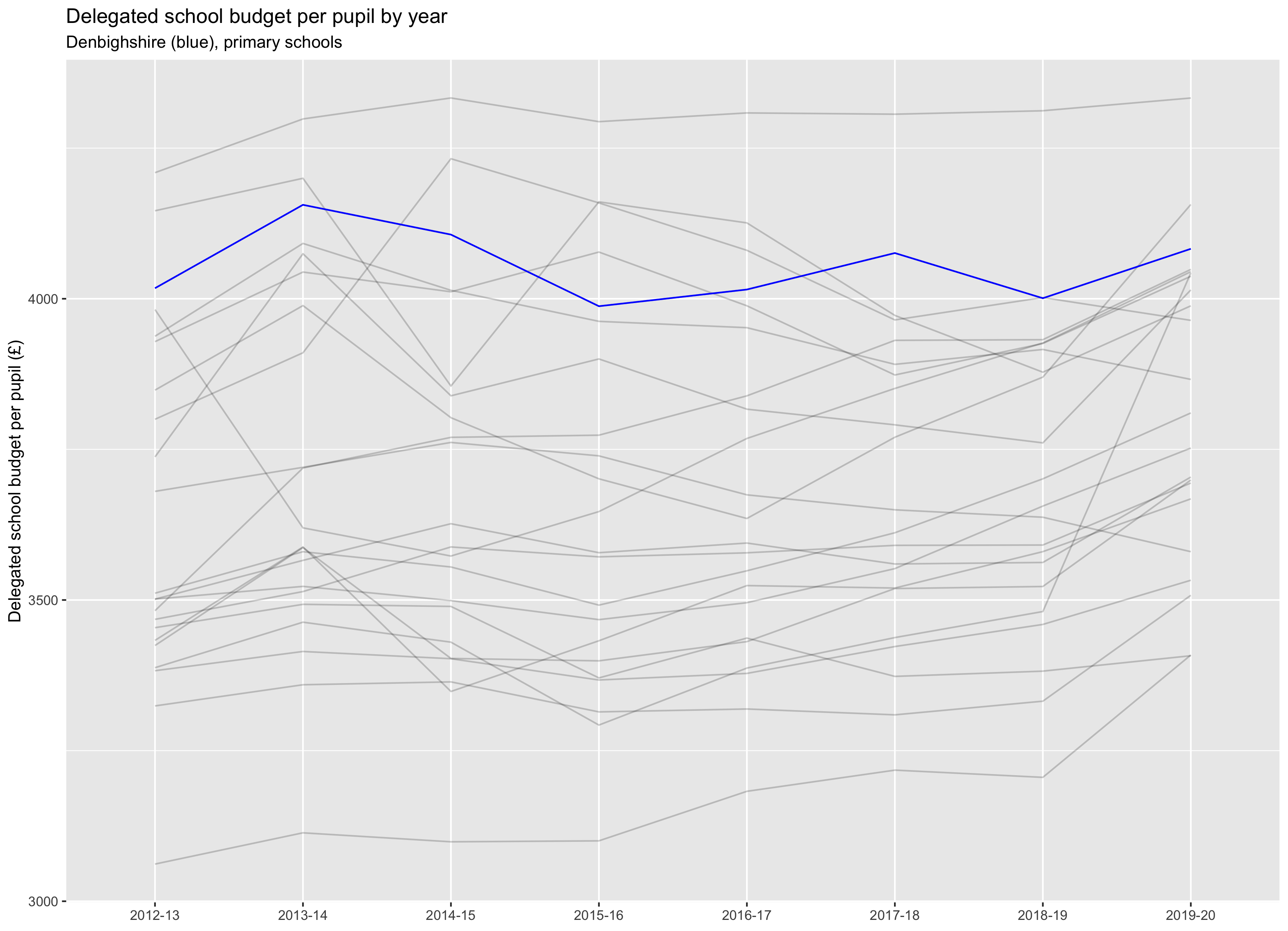 Ranks 1st in 2019–20 for average delegated school budget per pupil for secondary schools. 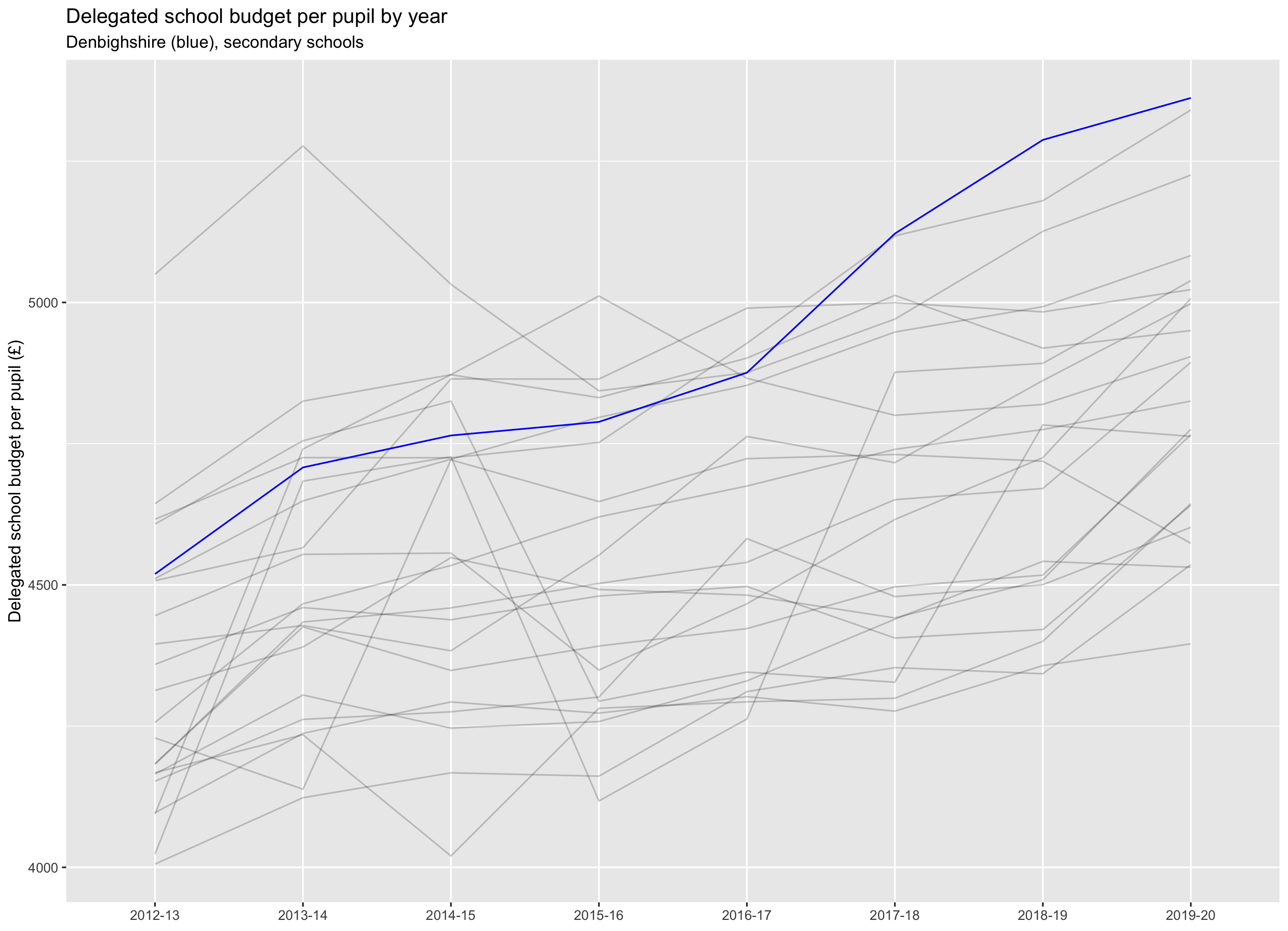 How have financial reserves in Denbighshire changed

Denbighshire's primary school reserves have on average improved in the last few years and the sector now has a per pupil surplus of £153.58—17th in Wales. Seven of its 45 primary schools ended 2018–19 in deficit. 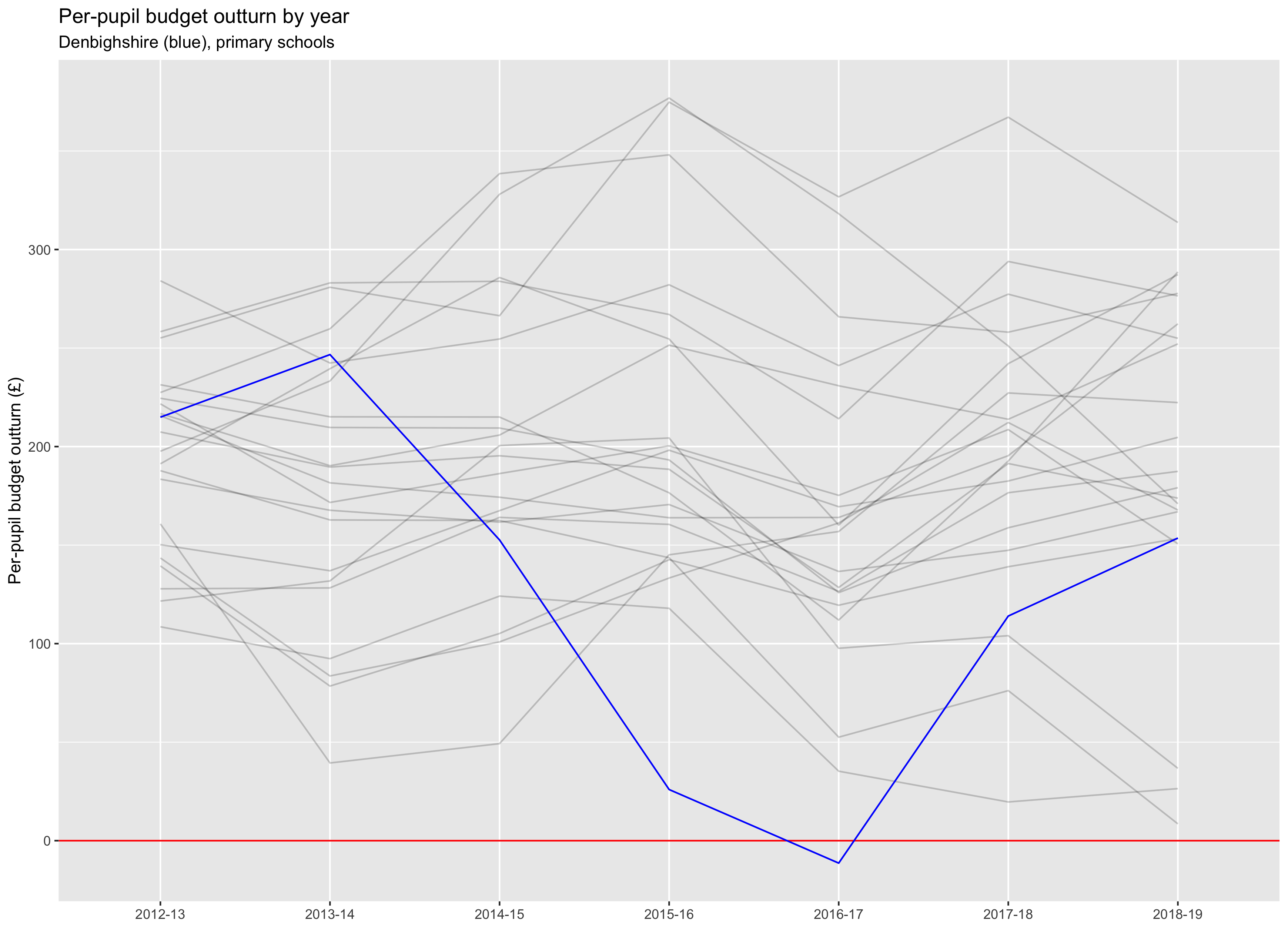 Denbighshire's one through school for 2018–19 has had a deficit for three years, with a per pupil average in the last year of -£628 which is the worst for the ten local authorities which have this type of school.

Denbighshire's two special schools are both in surplus with an average per pupil surplus for the sector of £1911.